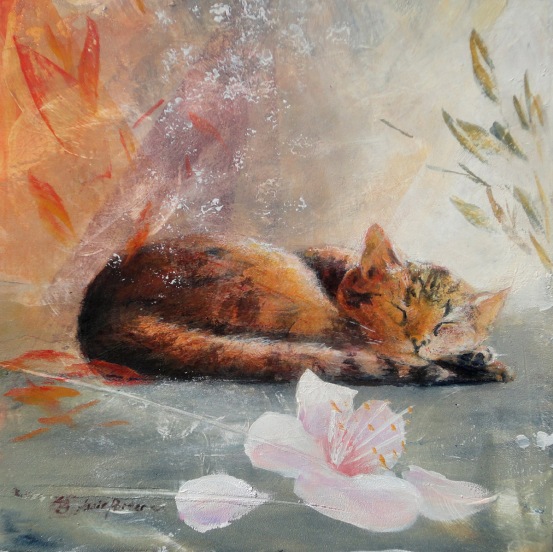 Janie Porter created two artworks in response to my poem The Four Seasons. Both attracted a lot of attention but in the end they could only be sold once and they’ve both been claimed. They’re going to the same home which pleases me as the cat definitely belongs with the house. 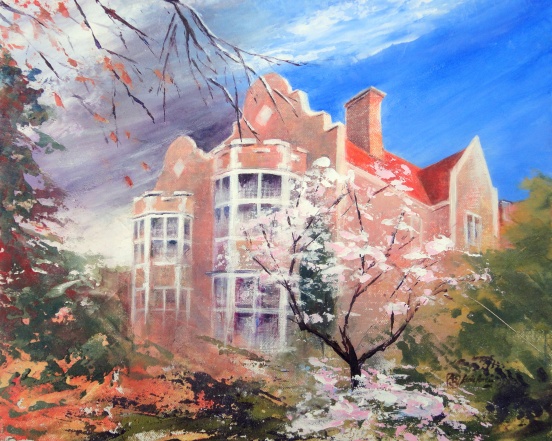 Laura Gregory – A Mask for a Poet in Residence

Laura has picked up some wonderful details from my poem The Poet in Residence. If you hear keys jangling………The group pauses outside her roped off rooms……… the resident poet searching for lost words……….

Hut for Dorothy was the name of my poem written in response to Pam McKelvey’s work of the same name in the Otago Sculpture Trust’s 2014 Olveston Exhibition. And the painting above is Kevin Dunkley’s response to my poem. I love the way this exhibition has worked – with many art forms responding to other art forms……..  artworks conversing!